Every morning I wake up with the same thought.” My baby is dead.” I get up and look at her door, sometimes I go in and tell her how much I miss her. Right now, her room is in this strange transition of storage of her clothes and toys and a little remembrance room. Her ashes are in there along with pictures, flowers, stuffed animals, cards people sent me, and little figurines that remind me of her. Her crib isn’t in there anymore. Little Brother has it. It wasn’t until we got the cause of death that I realized how much anger I felt towards it. Before she passed he was going to have the crib and she was going to get a big girl bed. After she passed, I didn’t want him near it. I was told to reframe it. “It isn’t Phoenix’s crib, it is the family crib.” Easier said than done. But, now I can reframe it. Now, I am not angry at the crib.

I have the same thought every morning. There are mornings that I can push through and feed Little Brother with a smile. Others – he gets a little shower of tears. The weight of her loss is always felt, but some days it is heavier. The heart ache is physical. It physically feels like my heart has been broken into a million pieces. The pain is so intense, at times, that I think I will be crushed by it. Somehow, I am not. The world keeps spinning, as much as I protest. I pray every night that I will wake up from this terrible nightmare. That in the morning my first thought isn’t “my baby is dead.” but rather, I need to go make her oatmeal. 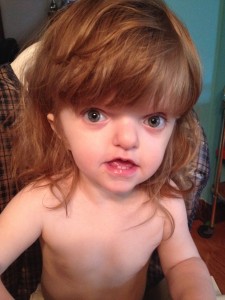 Good morning merry sunshine. How did you wake so soon? You’ve scarred the little stars away, and shone away the moon.